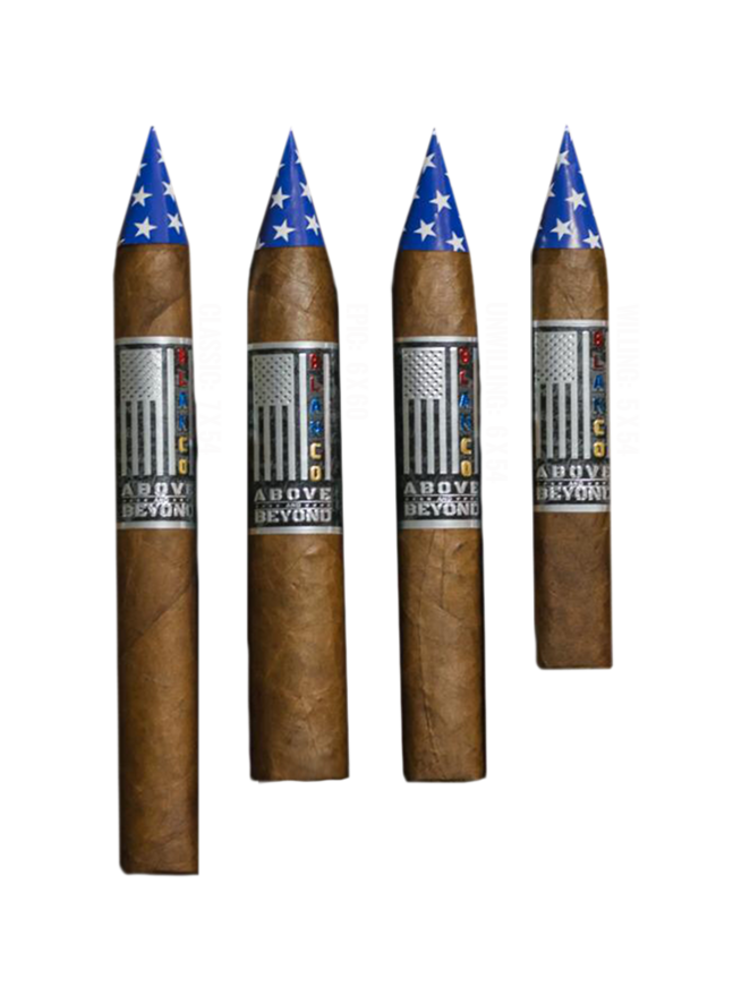 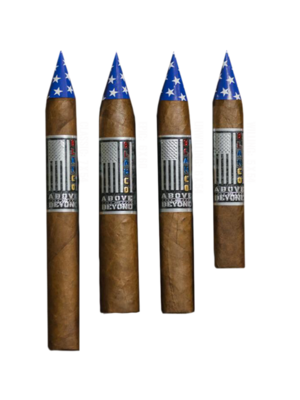 Above and Beyond - Willing Heroes - single

Above & Beyond® by Blanco Cigars. This series, the first of a planned four, is called “Heroes”. It is a tribute to those that have sacrificed and paid the ultimate price in Civil Service (Police, Fire, EMS) and the Armed Forces. It is also the long-awaited rebranded blend that was used for the American Legion cigar. ALL the Heroes sizes are box-pressed torpedoes. We did this so that the secondary band on the head of the cigar could be cone-shaped as this is meant to symbolize the folded U.S. flag that all Heroes families are presented at the time they are laid to rest.