Login
Log in if you have an account
Register
Having an account with us will allow you to check out faster in the future, store multiple addresses, view and track your orders in your account, and more.
Create an account
Home Brands Rocky Patel Sixty
Categories 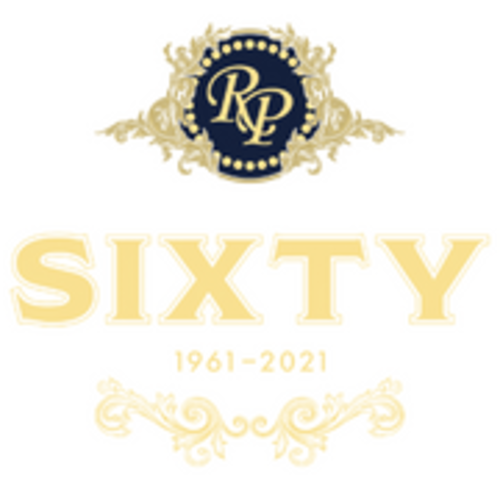 Rocky Patel Sixty cigars embody the spirit of luxury and innovation that Rocky Patel has spent six decades perfecting through its spectacular tobacco. Born in 1961 (coincidentally a year after the embargo) Rakesh "Rocky" Patel may have had humble beginnings, but through his hard work and determination, became a self-made millionaire before he even started in cigars. During the cigar boom of the 1990s, Patel took an interest in the many actors he knew who smoked stogies regularly. Sensing an opportunity, he soon founded his own premium cigar label that quickly took the world by storm. All of it led to the Rocky Patel Sixty, his own diamond anniversary. The Sixty utilizes rich, handpicked Nicaraguan tobacco for its filler, and a ripe Mexican San Andres wrapper. Made for the sophisticated palate, the Rocky Patel Sixty is aged two years before it's finally box-pressed. Take a draw from one, and you can taste why Rocky Patel has become synonymous with premier cigars. 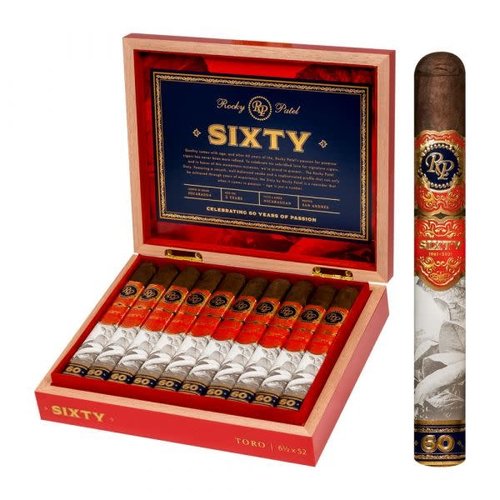 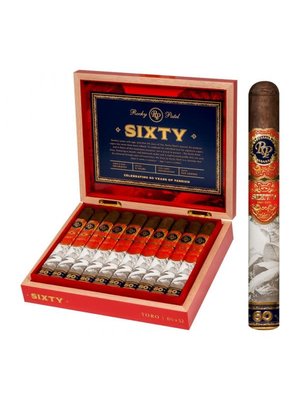