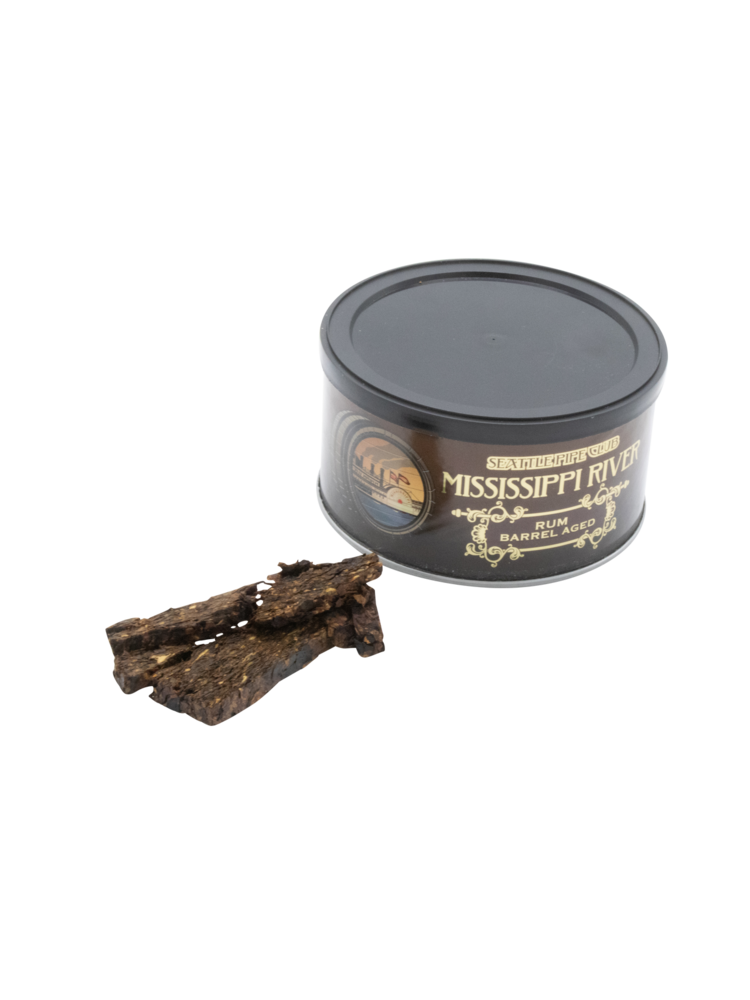 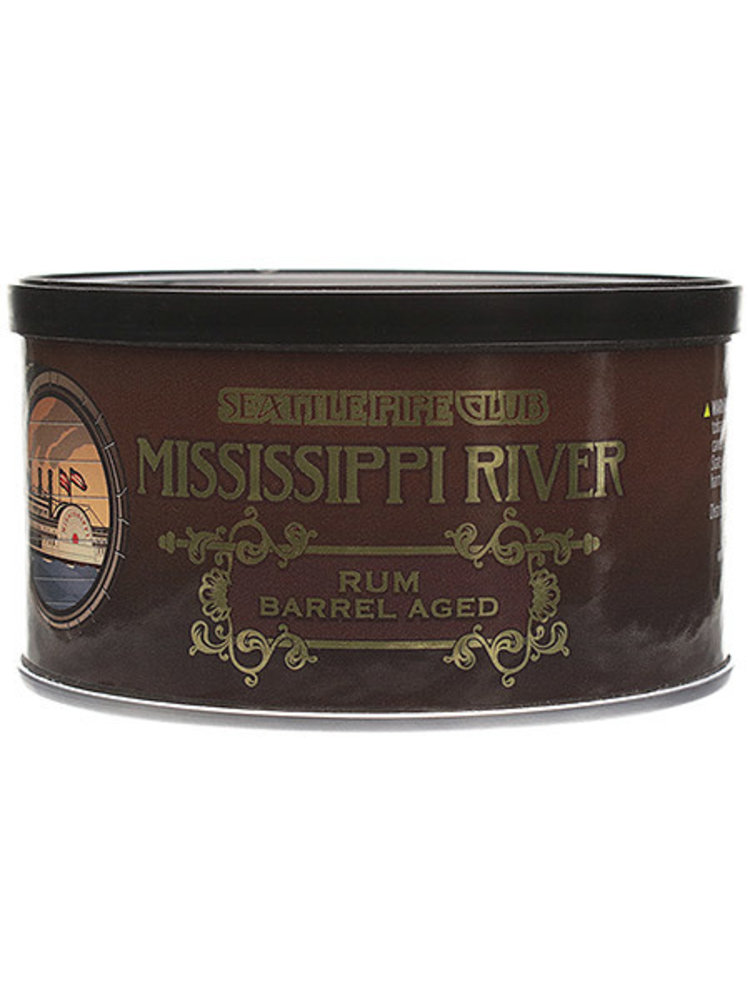 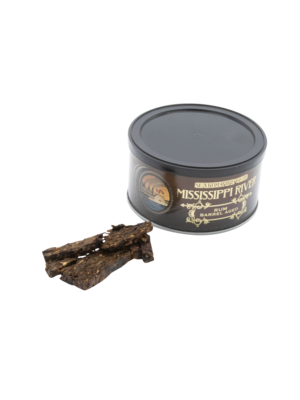 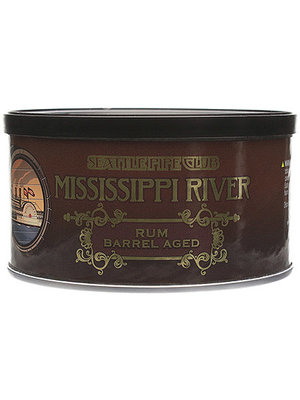 A pipe tobacco developed by the inimitable Joe Lankford of the Seattle Pipe Club, Mississippi River Rum Barrel Aged is a version of SPC's popular Mississippi River blend. It's an English mixture of Latakia, Virginias, Perique, and Oriental tobaccos, but in this Rum Barrel Aged version, it's blended and then packed into oak rum barrels to age and for the tobacco to acquire the nuanced flavor of oak and rum — flavors well known and appreciated by pipesmokers. It's then pressed into cakes to help marry the flavors, contributing to the character of the fine English blend, before being cut into a crumble cake and packaged into two-ounce tins for flavorful convenience, each tin included with an rum barrel stave to preserve the flavors. 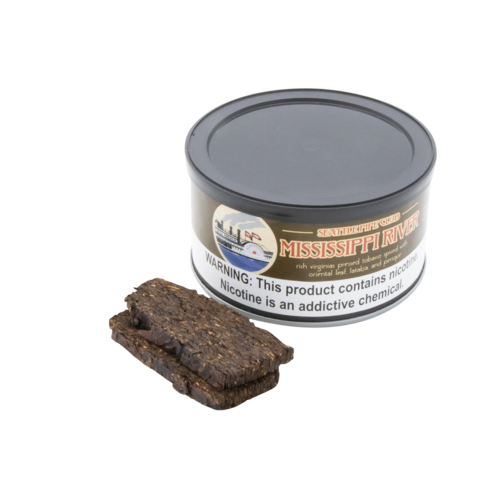 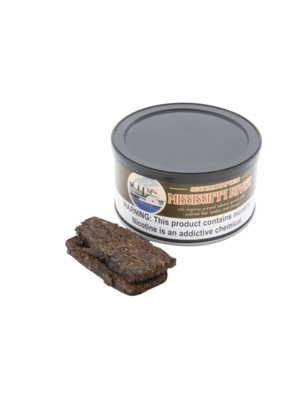 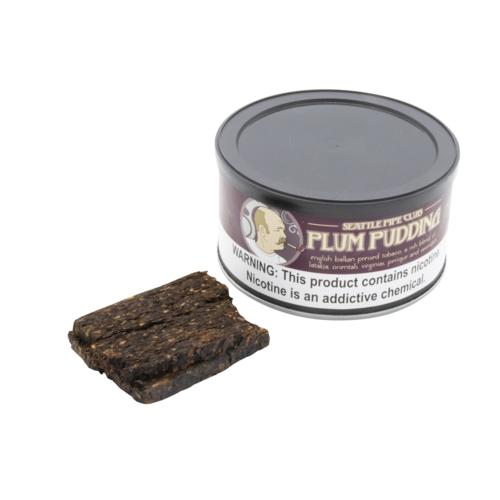 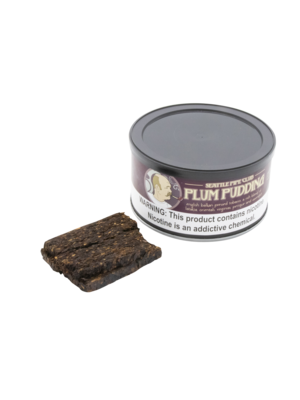 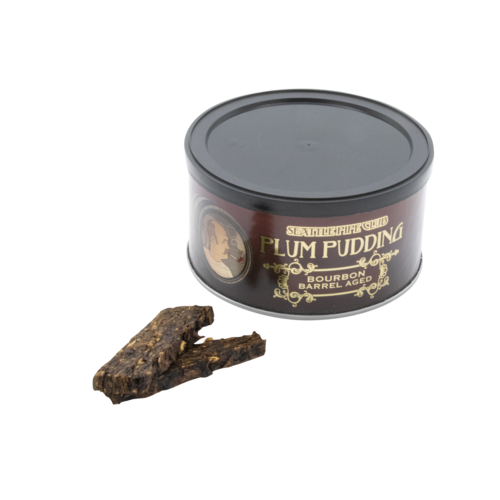 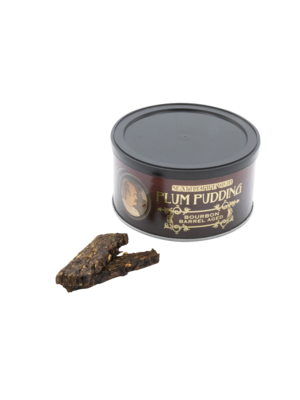 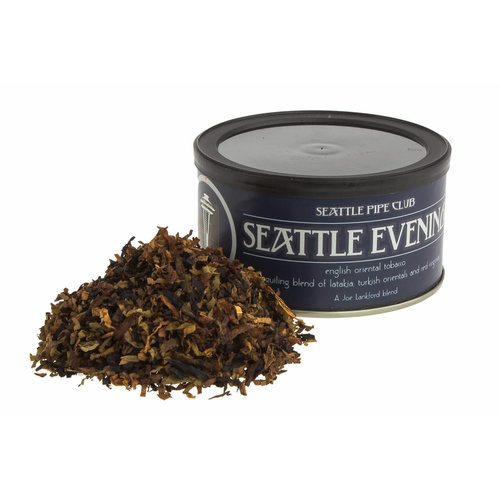 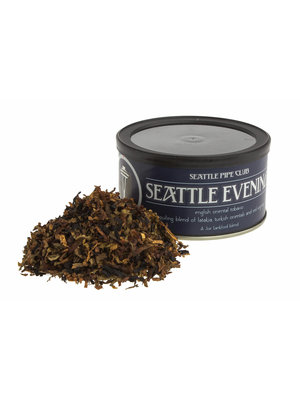 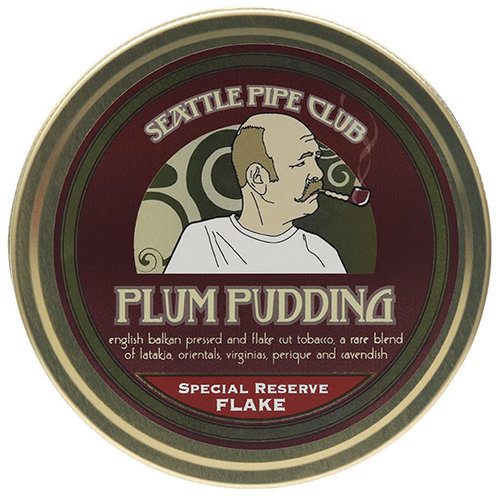 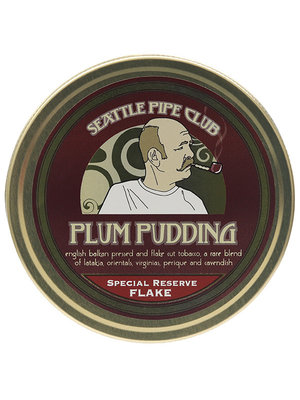